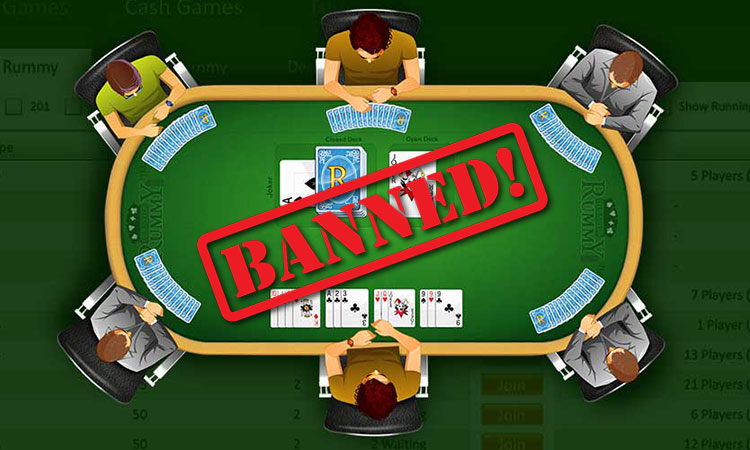 The popularity of online poker is on the rise in India, but not so in Telangana where Internet gambling has officially been banned.

A second amendment to the Telangana Gaming Ordinance passed by the state cabinet last month was recently approved by Governor E.S.L. Narasimhan, making it illegal to bet on online games such as poker and rummy.

Previously, the Telangana Rashtra Samithi (TRS) government operated under a policy that favored investments in the realm of gaming. However, state officials claim to have received a number of recent complaints about online gambling, causing a reversal in direction that led to the new ordinance.

Telangana Government Not Swayed by Petition

Several companies throughout India filed a petition to challenge the ordinance after the state cabinet approved passage in June, but that petition went for naught as the official ban is now in place.

The ban flies in the face of an earlier Supreme Court ruling that found poker and rummy to be games of skill and exempt from anti-gambling laws that pertain to games of luck and chance. That verdict prompted a number of new online poker start-ups such as Adda52 and Spartan Poker to enter the market.

Those poker sites will likely have to refrain from accepting customers located in Telangana or face the risk of prosecution. The ordinance not only affects those who promote online gambling, but also the gamblers themselves.

Violators Will Be Prosecuted

The Deccan Chronicle reported that websites will be monitored by authorities and that gamblers found to be in violation of the law may be subjected to one year imprisonment and a fine of Rs 5,000. Repeat offenders run the risk of a penalty twice as severe.

“The cyber police will track online gambling and act against violators,” stated Deputy Chief Minister Kadiam Srihari. “We want to eliminate gambling in all forms.”

The new Telangana ordinance appears to have been put into play at least partially as a means to dissuade minors from gambling. It was noted in the new law that online rummy is very popular in the state and that all ages have access to the game.

Players from Telangana can apparently still play online poker and rummy at the free-play tables as long as no money is wagered.

Telangana was formed in 2014 and is the youngest of India’s 29 states. The most recent census pegged the population of Telangana at more than 35 million, good enough to be ranked as the country’s twelfth most populous state.