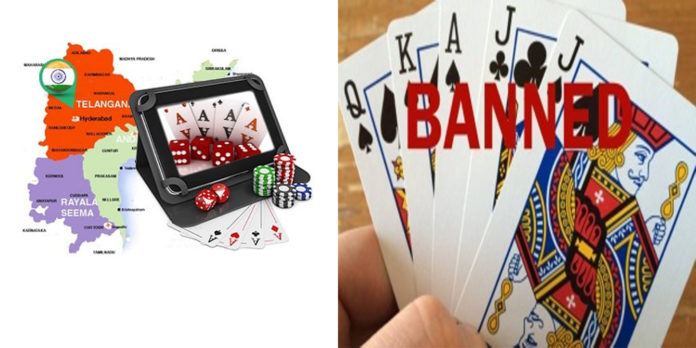 As the Indian online gaming industry quickly gains momentum, it continuously receives a fair share of friction with the national government on its legality. However, the ban on online gaming in Telangana State by the local government was a devastating blow to the industry. The ban took effect in June 2017 under the Telangana Local Government Ordinance. Online Rummy sites, particularly one of the famous online gaming sites, rushed to court to block the implementation of the order only for the State Government to amend the law declaring the Act permanent.

Soon enough, the storm waves hit Kerala after the Kerala High Court declared rummy played with real money as gambling. According to Kerala Gaming Act, 1960, the law forbids any form of gambling. The verdict was in a case between the public prosecutor and the secretary of Perinthalamana- an online gaming club.

Currently, there is a debate at the Andhra Pradesh Assembly seeking to ban online gaming. The top targets are rummy and poker. The fate of online gambling in this State depends on the next assembly seating. Let us take a more in-depth look at the state of affairs in these States….

Telangana’s online gaming industry was booming by 2017; actually, it was leading compared to other southern states. However, the party was soon to end as political pressure saw the introduction of the two ordinances, which were a cornerstone in the collapse of the industry. The laws banned all real-money online games in the State. The State’s legislative assembly introduced the Telangana Gaming Amendment which blacklisted all online games including rummy.

An effort by rummy operators to seek justice in courts bore no fruits as the amendment was irrevocable. The companies that are now counting their losses due to the ban are: Ace2Three, Jungle Games India, and Rummy Circle (Play Games 24/7 based in Mumbai.

It was not until January 2019 when online rummy gaming caught the attention of the Kerala authorities. This was after the state police dragged the secretary of Perinthalama-located club to court over offering rummy games for real money.

According to the Kerala Gaming act of 1960, “Rummy is a game of skill but playing for money amounts to gambling.”

The companies which had shifted from Telangana to Kerala rushed to court again, this time, claiming that the 1976 amendment exempted rummy and other six games from the Kerala Gaming Act, 1960. The High Court quickly rubbished the existence of such a change.

The companies sought an appeal which was read on July 5th and the hearing scheduled for July 19th. The fledgling online gaming industry is hopeful of a positive change.

The Fate of Rummy in Andhra Pradesh

The States local media reports that the minister for tourism, Muttamsetti Srinivasa Rao, claimed that there was no proper legislation on online gaming.  This was after lengthy deliberations with the local authorities; police included.

The minister was supported by the chief minister of the state who ordered the local police to crackdown on all local tables and online games as new legislation to ban the games was being drafted.

As political pressure mounts across the country, the fate of Indian online gaming hangs on a thread.

Stick with us as we keenly follow the events as they unfold across the country.