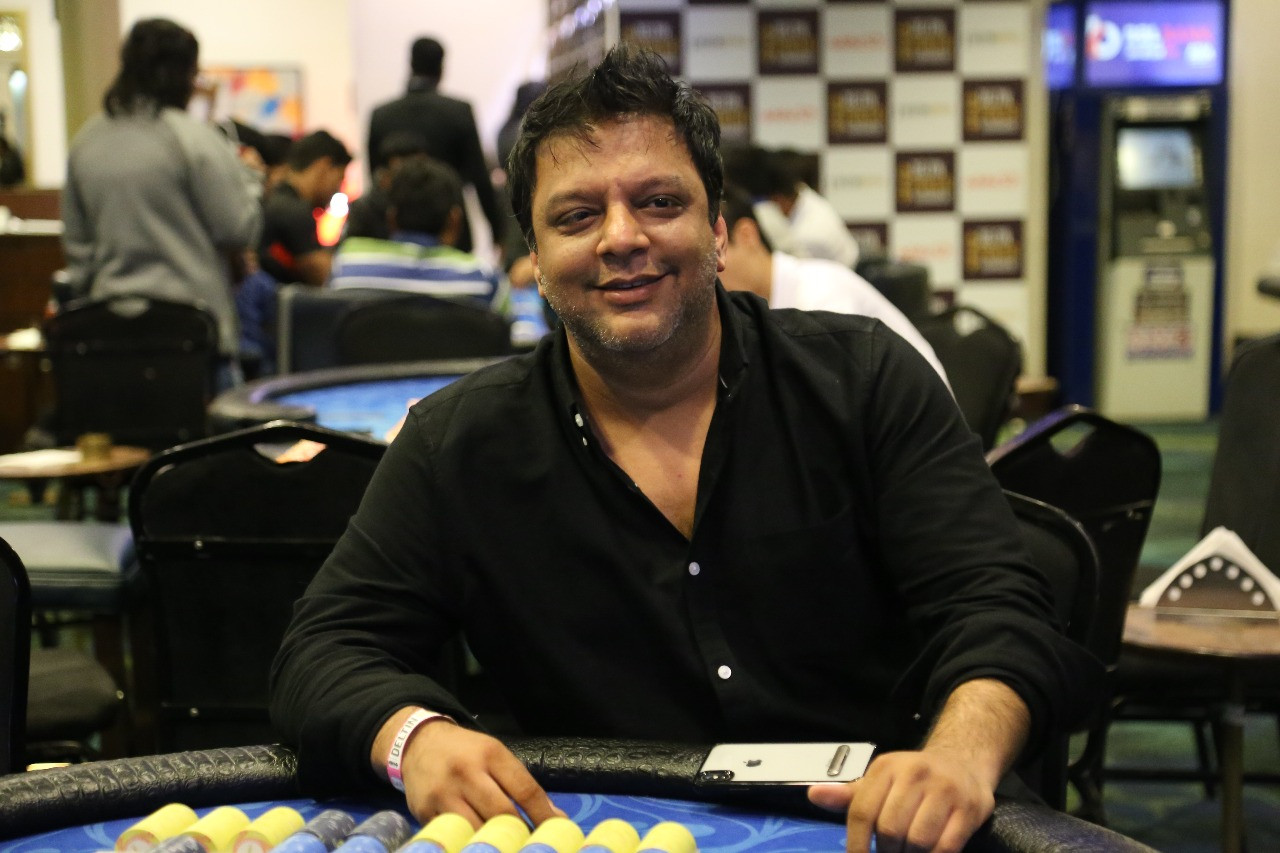 Rajeev Kanjani Leads The Chip Count At The End Of Entry Flights in DPT Main Event. At the 2018 Deltin Poker Tournament held in Goa, Rajeev Kanjani leads Day 1B of the 35K Main Event. The event initiated with an astounding start of 80 entries of participants on Day 1A. Out of this first flight, total 27 players succeeded to move forward to Day 2.

After the completion of rest of the two Main Event opening flights which continued the day before this event, Rajeev Kanjani and budding poker star of India, Nishant Sharma got ahead of the rest of the 47 players from Day 1B. On the other hand, Santosh Suvarna and Rajnish Kumar were featured among the list of top stacks after the end of Day 1C. But, the info on the number of players who lead to Day 2 right from the final starting flight was not obtainable.

Discussing the format of the Main Event, it was a 3-day flight which ended with Day 1C. There were many players who got eliminated on Day 1A and they were recuperated on Day 1B and 1C. The notable players who made a comeback are Adda52 Team Pro Amit Jain, Deepak Tulani, Anant Thapar, and Bharat Agarwal. These players were able to understand the format well and seek its benefit to performing well on Day 1B and 1C.

Day 1B lead to 153 entries and out of that 47 players sustained the days play. Moreover, the Day 1C witnessed the largest field of 225 entries out of the three starting flights. Overall, the Main Event has registered total 458 runners and is most definitely approaching towards a fidgety finish.

It is found that the Day 1B commenced with 60 players in the field. There were many biggies of Indian poker opting for this flight, in order to participate in the DPT Main Event. The names include Rajat Jain, Meherzad Munsaf, Rajeev Kanjani, Maria Kirloskar, Mayank Agarwal, Bobbe Suri, and Avinash T. With the expectation to try the luck one more time, Amit Jain made entry into Day 1Bl; however, once again his game was short-lived because he ruined after losing back-to-back pots in the third level.