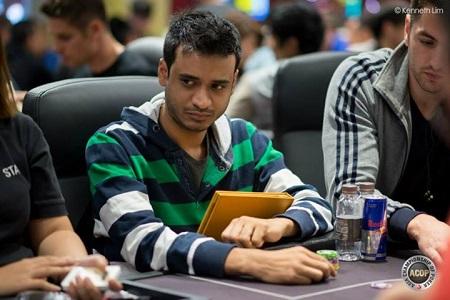 Approximately some time back in the last year, a piece of exciting news was revealed within the global poker community. PokerStars declared their new PokerStars Players No Limit Hold’em Championship (PSPC). The tournament was inaugurated by six times PokerStars Team Pro title-holder for WSOP Daniel Negreanu at Prague at the PokerStars Championship event.

The genius mind behind the entirely new chapter was none other than the PokerStars Marketing Director David Carrion. In the year 2017 December, the PSPC was declared for the first time and, Carrion mentioned that it was a dream to create a perfect poker tournament. Since then it was his vision and the team effort of the colleagues to manifest his idea into reality. That’s how PokerStars No-Limit Hold’em Players Championship came into the poker world.  Now let us talk about these 8 Platinum Pass winners who will be seen in the next PSPC which is going to take place in the Bahamas.

The PSPC Platinum Pass is an all-expenses-paid box which includes the $25,000 entrance to all the PSPC competitions. Along with that, it offers six nights’ luxury accommodation at the Atlantis Resort, Nassau, in The Bahamas. Moreover, the perks also have a $2000 travel expenses and a room folio. It is indeed a proud moment for India as this time they are having 8 players who have qualified to play at the PSPC in the Bahamas.

and the last one but not the least, their captain

The congregation of these eight established players along with their captain will surely make a wondrous Indian representation in the overseas. Each player on the list above have shown superb performance in various other matches and tournaments held across the globe. These will be a fierce competition for other participating players. The CEO of PokerStars was extremely overwhelmed to witness such a developing enthusiasm towards poker. It is incredible that these Indian players will be playing in the Bahamas at such a fantastic tournament. The upcoming PSPC will be a breakthrough tournament in the entire history of Poker until this day.