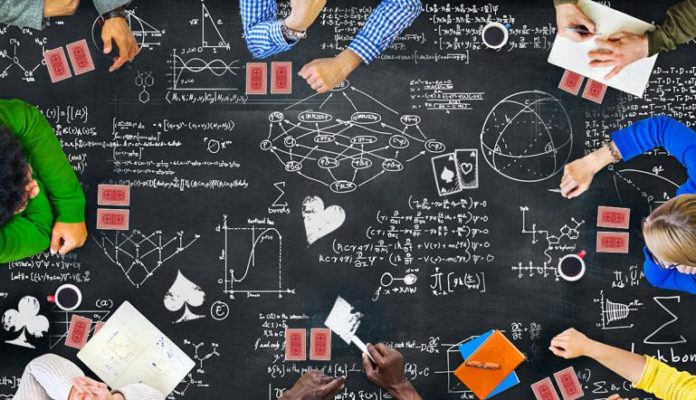 The very end objective of poker – that of winning the Pot, links Poker to mathematical probability and permutation combination rules. Betting and raising by players depends on their perception of the probability that his / her hand has a stronger ranking than that of the other players in the game as well as the various combinations possible with open cards on the table. The deck of 52 cards used in poker helps in restricting the number of permutation and combinations.

The poker variant being played also has a strong correlation with the mathematics of the game. For example in Texas Hold’em after the flop an individual player has 2 hole cards open along with the 3 community cards open on the desk. This means 5/7 or ~72% of the hand is defined in the first round itself. While in Omaha post the flop 7/9 or 78% of the player’s hand is defined.

But does this mean that every Poker player needs to be a mathematical nerd? I assure you that mathematics plays a role, but there are many very successful players who have almost no formal knowledge of mathematics. Simply put mathematics is the attempt to discover and classify patterns, something which is a day to day event on a poker table. Poker players who have had a lot of practice will also tell you that in the end mathematics does not count, what counts is your ability to read the patterns of your opponents and how smart you are to plan your strategy as such. Thus to sum it up, mathematics and Poker go hand in hand