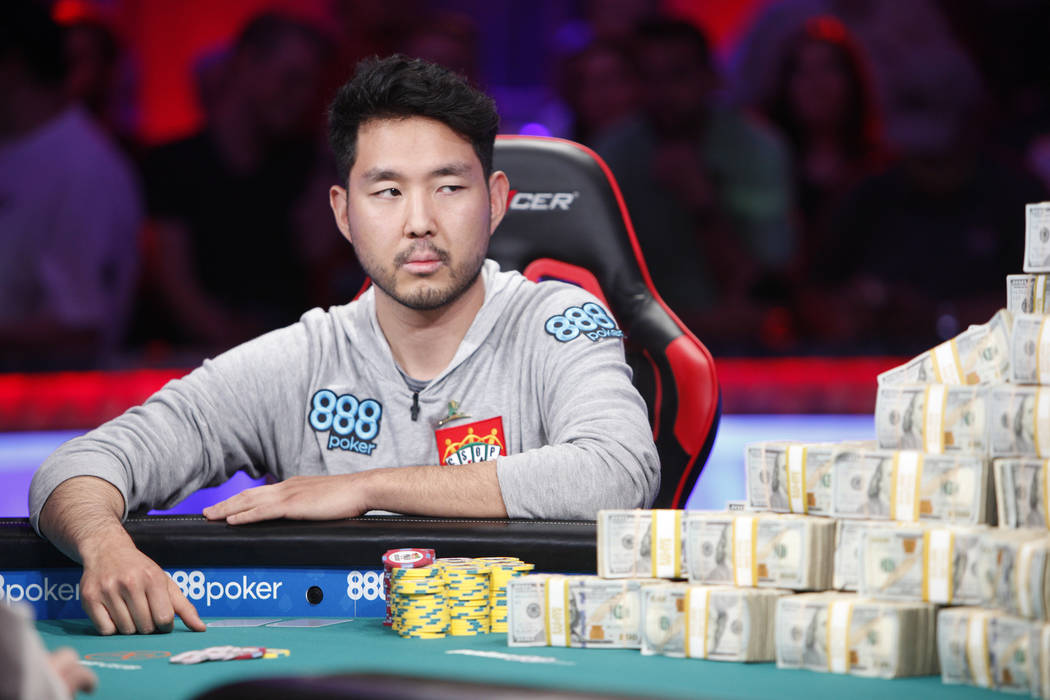 An epic heads-up battle in the 2018 WSOP Main Event that lasted longer than 10 hours and saw the chip lead change 11 times finally ended in a victory for John Cynn as he etched his name in poker history books and took first place prize money of $8,800,000.

His worthy challenger, Tony Miles, had to settle for runner-up prize money of $5 million. Certainly not a bad day at the office for the Florida native, who along with Cynn, set a new record for the longest heads-up match in WSOP Main Event action. The pair duelled for 199 hands.

Cynn had shown a propensity to run deep in the WSOP Main Event previously, finishing 11th in 2016 for $650,000. His career earnings on the live poker tournament circuit were just short of $1 million prior to his Main Event victory. Those lifetime winnings have now catapulted to $9,744,786, per the Hendon Mob database.

As for Miles, he had only $54K in lifetime cashes before his $5 million payday. That included a 10th place finish for $10,574 in a $570 buy-in event at the Golden Nugget Casino just days before the WSOP Main Event began. Miles likely used his winnings from that tournament to pay the $10K entry fee of the Main Event.

Aditya Agarwal and Paawan Bansal are both among the top 25 in chip leaders and will be looking to bring another WSOP gold bracelet home. Also in contention is India’s most prolific tournament casher, Nipun Java. Though Java is somewhat short-stacked at the moment, don’t count him out!

Big One For One Drop Details

The $1 million Big One For One Drop is capped at 48 players. Of that $1 million buy-in, 8% will go toward charitable endeavours designed to provide safe drinking water to impoverished nations.

If the full 48-player cap is reached, the winner of the tournament stands to collect more than $15 million in prize money. That’s from a prize pool of more than $44 million that will be distributed to the top 20% of finishers.