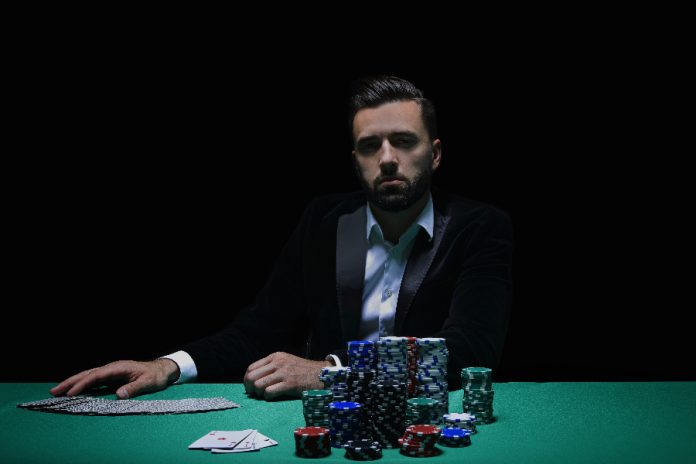 How Not To Go Broke Playing Poker

While we will not take what money we earn with us when we die no one relishes the thought of dying broke.  Perhaps the only things worse than that is dying without having lived with joy.  Meanwhile, if anyone tells you money doesn’t bring happiness, then they clearly don’t have enough!

Apart from the thrill and lifestyle of playing poker, players play primarily poker to make money.  Plain and simple.  Ask any serious player and he would have no qualms in telling you that when he is at a table, even if he is playing against his sweet sweater knitting, cookie-baking grandmother, his sole objective is to win all her money, without an iota of remorse.

While there are no reliable statistics on how many poker players die broke or near broke, there are many who do.  If you are a pro or desire to be one, you may think it will not happen to you, but that’s what these players though too.

Smart people learn from their mistakes.  The wise are those who can learn from the mistakes of others.  So let’s have a look at some of the reasons why players might die broke so that you can set yourself up for a more stable and comfortable financial future.

Self-confidence is necessary.  It’s great.  It’s what keeps us moving forward despite uncertainties, and the only things certain in life are death and taxes.  However, over-confidence, or arrogance, has been known to bring down the mightiest of titans and demi-gods, and you are just a feeble human.

If you think you are too talented, too composed and too wise to die broke then think again.  Are you better at poker and win more money than legends such as Stu Ungar, Gavin Smith or Johnny Moss?  No, then STFU and read on.

Johnny won the first two WSOPC championships but in the end, resorted to living on funds based from a charity.  Stu has been considered one of the best no-limit tournament players but he died in a cheap motel.  Gavin, despite winning the WPT and WSOP title ended up supporting his family from money received through crowdfunding.

One of the most unfortunate aspects of the game is how many players are constantly broke, and not just novices, but pros as well.  It’s no different if you are a tournament player or play only cash games.  The odds are stacked against you, so you need to know how to play your hand.

The worst thing is not to die broke.  It is to live broke, especially the older you get.  So get a reality check and ask yourself what you need to change about yourself to ensure you don’t.

A penny saved is a penny earned is an apt saying for a reason.  You may earn millions, but like others, who have earned, even more, you may fall if you do not save your money if you do not live below your means.  You are no invincible so learn to save for a rainy day, for a bad night.  Heck, if you are playing long enough, you will even have a bad month.

Oh, so you have those wads of cash from your games under your mattress and in the attic and think you are exempt from this?  Sorry but even financial giants such as Pablo Escobar and Saddam Hussain had millions (if not hundreds of millions) stashed but died like dogs.  Sure, their reasons were different, but the point remains, money is not asexually reproductive.

Just because you won the money playing poker don’t start thinking you are a financial whiz (read point no 1 again).  You are not Warren Buffet, so listen to investment professionals, educate yourself and maintain a balanced investment portfolio.

Diversifying into other Games

Once you start winning, you start believing in yourself and this can obscure your judgment.  So, many poker players start playing other unbeatable games like craps thinking “I am smarter than the rest, I can do this”.  Uh, sorry, but the laws of probability still apply to you, buddy.

Stick to games of skill, such as poker, and you will have a reasonable chance of retaining and growing your money.  If you move on to gambling, then be sure enough, that the tables will turn against you time and again.

There are other reasons why even good players are not able to maintain their wealth.  Some may cheat on their taxes and not be eligible for social security.  Others may skimp on health insurance and end up paying their last penny to cure an illness.

As a socially responsible gaming media site, we encourage players to grow, have fun and make money.  Just don’t go bust while doing it! Follow us for more on this and other related topics, news, and events.