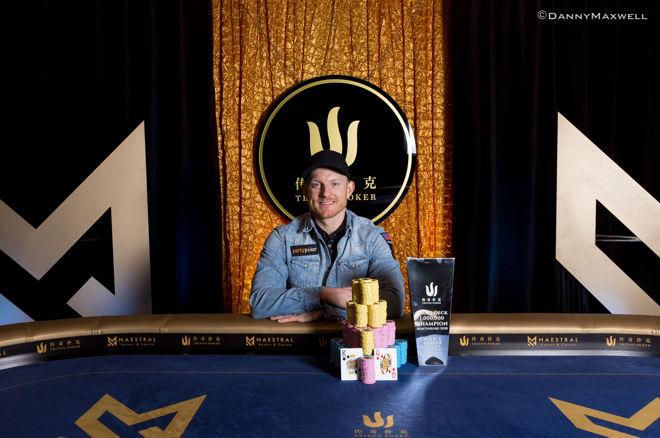 Triton Poker has their own star Jason Koon as he played at the last Triton Poker Super High Roller Series tour. It was one of the biggest career hits which took place in Montenegro. In the entire game, he won  $3,579,836  under the category of Short Deck Ante-Only $1million HKD tournament.  American pro-Jason Koon becomes the brand ambassador of the popular high-stakes Triton Super High Roller Series. Koon took to Twitter to announce the news.

Triton Poker has declared its inaugural celebration of the new year 2019 and it will take place in Korea’s   Landing Casino for tournaments catering to nosebleed short deck and no-limit hold’em games plus cash games. The Korean entertainment will identify as breakthrough game as the tenth edition one hits the history of Triton Poker.

While the entire catalog is yet to release at a next interview, Triton Poker issued a sneak peek in a video that is adding excitement in the poker environment with a commitment that these ones will be one of the best and largest buy-in tournaments.

Jason Koon is an acknowledged poker player and hails from West Virginia, USA. The player presently continues to hold $23,359,219 in his live incomes and has bagged the 13th rank in USA’s All-Time Money List. Jason is recognized for advancing four final tables in Montenegro 2018 plus Jeju Triton events.

The very first poker pro to join the Triton Poker brand as an ambassador is Jason Koon and the entire globe is awaiting to witness his show at the Triton Super High Roller Series in the year 2019, which is scheduled to be held at Jeju, South Korea from 2nd to 9th March. The line will view prime high-stakes pros from the world performing opposite one another for high amount life-changing prize money.

Koon was an athlete but has suffered injuries during several competitions. Because of his injuries, he had to leave his running sport and took some time to find out what he can do to make his living. Ultimately, his mind got stuck in Poker and here you can see the star from America has been shining bright since he has entered the poker world. The game and his sharp mind have made him a millionaire today. He is one of the most respected players in the poker industry. You can see him on television forecasts and giving interviews on the Triton Poker Series.

The only thing we can do is guess how much buy-in will be involved in this series. However,  to be one of the biggest-ever, the buy-in must pass the multiple of$1,000,000 Big One for One Drop tournaments that go on throughout the WSOP in Las Vegas comprising of the current year event, which Justin Bonomo won for prize money of $10,000,000.