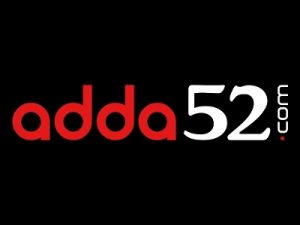 May 2016: Adda52, one of India’s largest online poker websites, has launched a new poker series called the Poker Millionaire Tour Online. This will be a six-day poker event that will commence from May 18th.

Poker Millionaire Tour Online will have 20 tournaments which players can compete in, and these will differ in variants and formats to maintain some variety in the series. There is a new addition to online poker tournaments with this poker series in the form of the PMT Fantasy League, where players will form fantasy poker teams and compete against each other. The prize pool for the fantasy league is one lakh, whereas for the entire series, it is INR18 lakh.

There will be four tournaments a day, at four different times – afternoon, evening, night and late night – which are the four most common time slots when online poker players come and play. The tourneys will have various formats like bounty, freezeout, re-buy, etc. and low buy-ins starting from INR160. Players will have three options for satellite packages as well, which will get them entries into the various events.

The PMT 6 Lakh Main Event will be played on May 22nd at 10 pm. The buy-in will be INR5500 and players in paid position will win prize money from the massive pool of INR6 lakh.