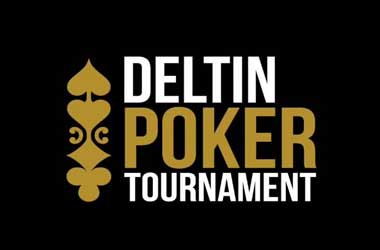 The gaming, and in particular poker industry in India is growing by leaps and bounds and thus attracting some of the largest gaming companies in the world, that too despite the ongoing opposition from certain state governments and religious groups.

The last few years has seen new entrants, local as well as international, forcing operators to improve marketing, tournaments, promotions and prizes in order to try to get ahead of the curve.

Till recently, Indian poker players were limited in choices of domestic poker tournaments and were thus compelled to travel abroad in order to compete in interesting poker events.  This has caused operators to launch more tournaments with larger prizes in order to cater to this growing and unmet demand.

Deltin has thus launched the Deltin Poker Tournament (DPT) in order to stay ahead of the curve.  Delta Corp Ltd. has revealed that the first Poker Tournament will be held at Casino Deltin Royale at the Adda Live Poker Room.

Deltin has partnered with India’s top poker site Adda52.com and has scheduled for the first tournament to start from 7th February 2019 through to 11th February 2019.  There will be 5 events with buy-ins from Rs. 15,000 to Rs. 65,000.  Players who want to play high stakes can take part in the Adda52 Highroller event which has a buy-in of Rs. 65,000.  Others events are the 3-Seat GTD Main Event Satty which will be held on 7th February and a 15k No Limit Hold ‘Em Bounty event which will be held on 10th February at 5pm.

The main event, with a 35k buy-in, will be held from 8th February to 11th February and all events will be a freezeout tournament unless mentioned to the contrary.  In the previous year, three DPT tournaments help were DPT February, DPT Colossus Super High Roller and the finale was in July 2019 where Dainim Mehta won the price of Rs. 23.19 lakhs.