Adda52.com launched an interesting but different tournament to its companion named the SnowFall. It grants an insane INR 10 Lakh GTD bonus funds for an amount of INR 500. Adda52 is remembered to draw forth infinite high-value games for inexpensive buy-ins and the SnowFall is not an exception. The tourney was greeted as a tremendous hit with 1900 above entries even comprising the rebuys.

Himanshu Arora is player who hails from the team of the Kolkata Kings in (PSL) Poker Sports League. He has dispatched the competition for INR 120,380 winning a three-way agreement. It took 9 hours for Arora also known as pirateking7 to conquer the first SnowFall competition which began at 7 PM and completed at roughly around 4 AM.

There were no regular players in this tournament. None participated in this super-value competition. Though, the crowd saw experts like Deepak Singh also known as peace lover. He bagged the fourth place for an amount of INR 58,751. On the other hand, Myron Pereira, who is known as ‘zzzzz369′ bagged the 8th spot for INR 15,702 on the closing table. Other experts who played were Wilson Yomso ‘Kaling’ taking the 10th place with an amount of 8,117, Kavish Kukreja ‘narcoss’, Arjanveer Chadha ‘arjan30’, Sahil Mahboobani ‘ImHighIshove’, Rajat Sharma ‘Oshoswami’ and Shravan Chhabria ‘sweatmyass13’.

When the tournament dropped down to the ultimate three players listing at Himanshu Arora, Abhishek Meena ‘tullu123’, Karan Thakker ‘karannthakker’ punched a contract according to the ICM chop. The agreement gave Meena an amount of INR 115,448 for placing in the 3rd position, Thakker was prosperous with INR 117,710 in the runner-up spot while Arora got the lion’s share if prize pool, amounting to be INR 120,380 for winning the game.

According to the winner Himangshu Arora, it is an exciting match and was a three-way deal for him. The most amazing part was the field with 1900 plus admissions. It is quite thrilling to play among such a huge gathering and as it was his first win he is highly grateful to Adda52.com for allowing to play with massive tourneys. 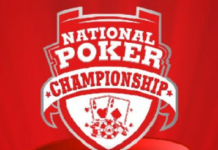 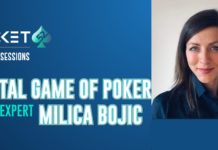 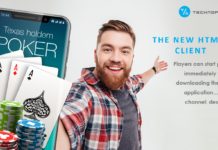