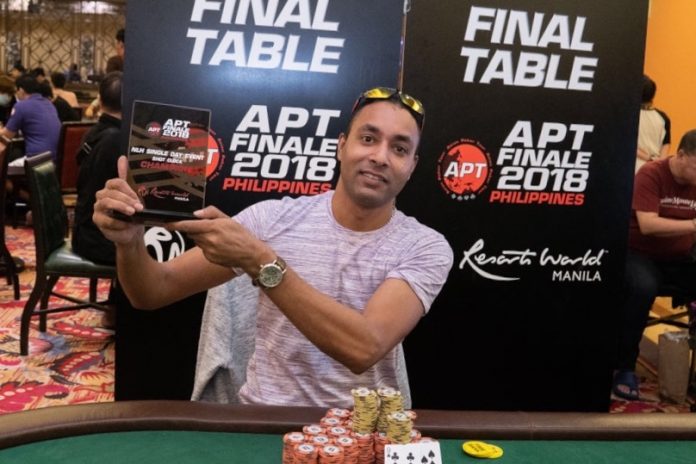 The 2018 Asian Poker Tour (APT) Finale Philippines went through although another action-packed inventory of matches on Thursday. The series’ initial shot-clock match i.e. NLH Single Day (Shot-Clock) beat off with 66 hopefuls, yet as the second rising flight of the PHP 10 Million, GTD Main Event held the poker place humming with liveliness.

Obtaining the prime title for Team India at the standstill was Amanpreet Singh, who brought down the NLH Single Day (Shot Clock) for PHP 273,300 (Rs 3.63 Lakhs). Singh made the sharp performance of the tournament as he cruised into the particular record with relevant expertise and beat Malaysia’s Ming Ken Thoo heads-up to triumph his first APT title.

Singh evolved into this category from Vietnam where he was witnessed in performance at the 2018 APL Road Series Vol. 3 Main Event, and though he bricked the group, he has further made up for it with his victory. Singh also possesses a sixth-place termination in the 2018 APT Vietnam Monster Stack (VND 81,160,000 – Rs 2.43 Lakhs) that worked out in October.

While Singh’s earliest APT title victory declared Team India’s entry at the range in fashion, two extra Indians are in the working for the Main Event title. Following on the footprints of the 2017 World Series of Poker (WSOP) bracelet champion Aditya Sushant (70,600) who performed it through to Day 2 on Day 1A, Dilip Menon bounced in on the performance on Day 1B and has progressed to Day 2 with a mass of 31,300.

The next opening flight of the Main Event examined 169 newcomers with just 103 among them executing it to Day 2. Beating the leaderboard was Singaporean pro-Ang Boon Seng who trapped the chips with an extensive 158,900.

The NLH Single Day (Shot-Clock) event was the opening match at the open-ended series to achieve the shot-clock and viewed 66 runners concentrating on the felts. It was Indian challenger Amanpreet Singh who rose victoriously and brought homeward the first place award of PHP 273,300 (Rs 3,63,648) an extension to his first APT trophy. 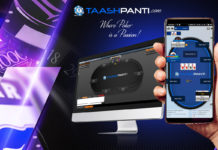 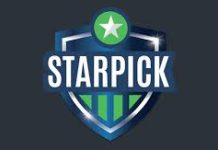