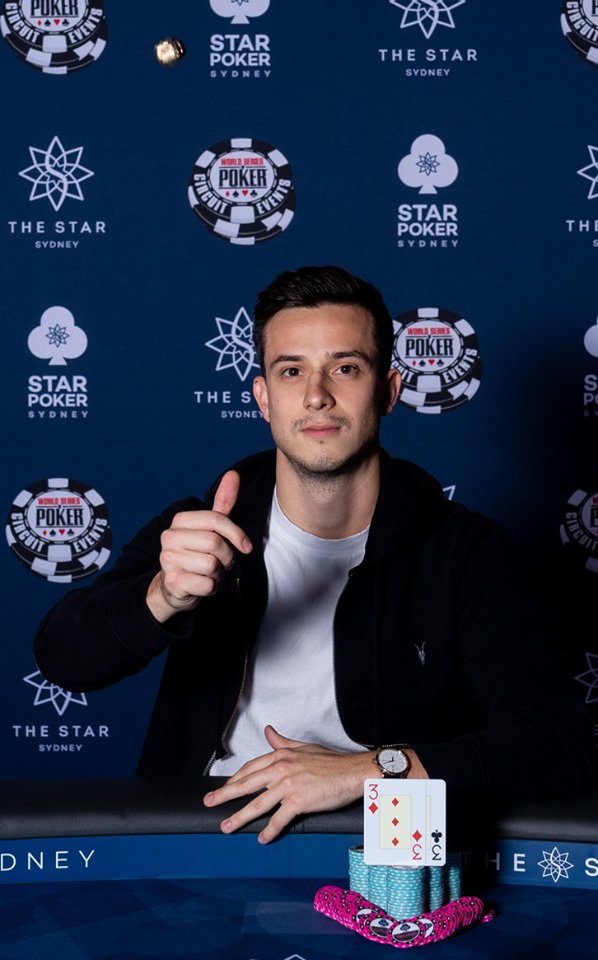 A week-period of extreme performance at the 2018 World Series of Poker Circuit WSOPC Sydney approached a crescent with the $2,200 Main Event moving within a magnificent finish. The competition drew 1,191 records beyond four initial flights and beating them all was Alex Lynskey, who beat Matt Pongrass heads-up to win AU$442,796, simultaneously including a WSOPC ring.

“I feel wonderful,” replied Lynskey after the victory. Lynskey has experienced a breakout year so far as he began this match with $3.4 Million in live competition winnings, the majority of which appeared first this year when he defeated seventh at the 2018 WSOP Main Event, for $1,500,000.

Lynskey who is presently preparing to engage in the Aussie Millions continued, “It’s my greatest record for approaching a match. And on hometown clay, I couldn’t be satisfied. It forever feels greater to triumph so this is a real sense than that (7th place finish in the WSOP Main Event).”

The primary area was divided into the half on an initial day with 230 hopefuls turning back on Day 2. Chris Wookey finished up working the event after his opening aces were broken by Mark Yazbeck’s opening nines that changed to a position on the flop. With Wookay’s removal in 136th position, the 135 members were in the capital for at least $3,549.

Only 27 members remained Day 2 and the penultimate time came to a standstill with the removal of Ricky Kroesen (10th for AU$33,634).

Indian-origin Rahul Rastogi was between the nine finalists who remained down on the ultimate board in the quest for the license. With a mass of 7,935,000, Rastogi developed into the closing board with a sizeable part head and was way leading his nearest competing Matt Pongrass (6,950,000). Lynskey endured the third largest pile with 5,520,000.