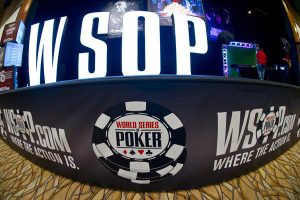 The internationally renowned online poker website 888Poker has been revealed as the official sponsors of the World Series of Poker (WSOP) 2016. This means that players can qualify for the WSOP via 888Poker satellite tourneys and play in Las Vegas. This is an extension of the 2015 contract between the site and the event.

WSOP 2016 has 69 bracelet events in total, with the Big One for One Drop happening at some other time during the year. One of the events in the WSOP is named $888 Crazy Eights No-Limit Hold’em, which was a hint at the sponsorship deal.

There are also speculations about 888Poker sponsoring the World Series of Poker Asia Pacific (WSOP-APAC) tournament, as they had the WSOPE (Europe) in 2015. The One Drop event is also slated to take place at one of these formats. That, however, still remains to be seen.

Owing to this sponsorship deal, the WSOP website, updates page, and the entire ESPN coverage will have 888Poker present all over it.